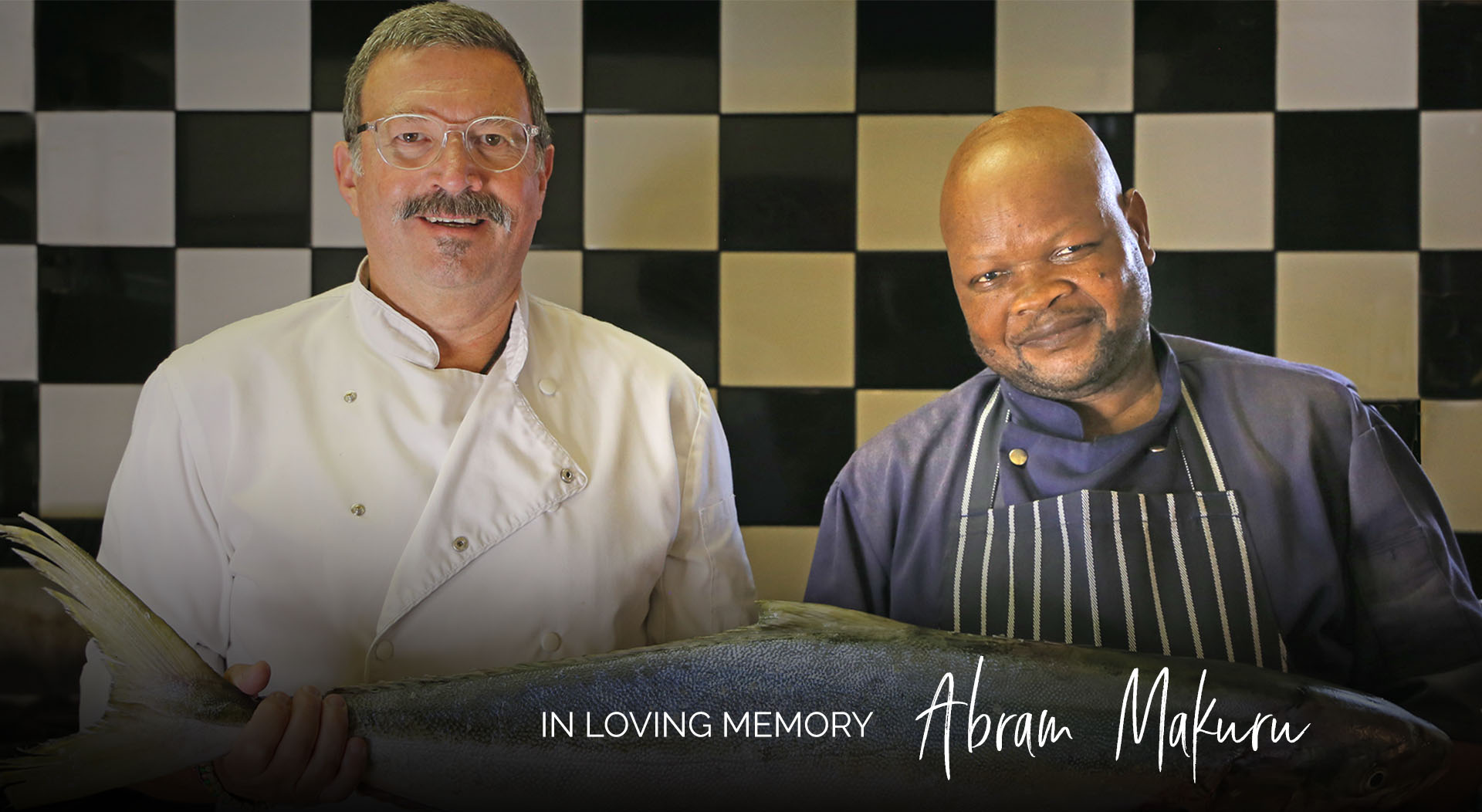 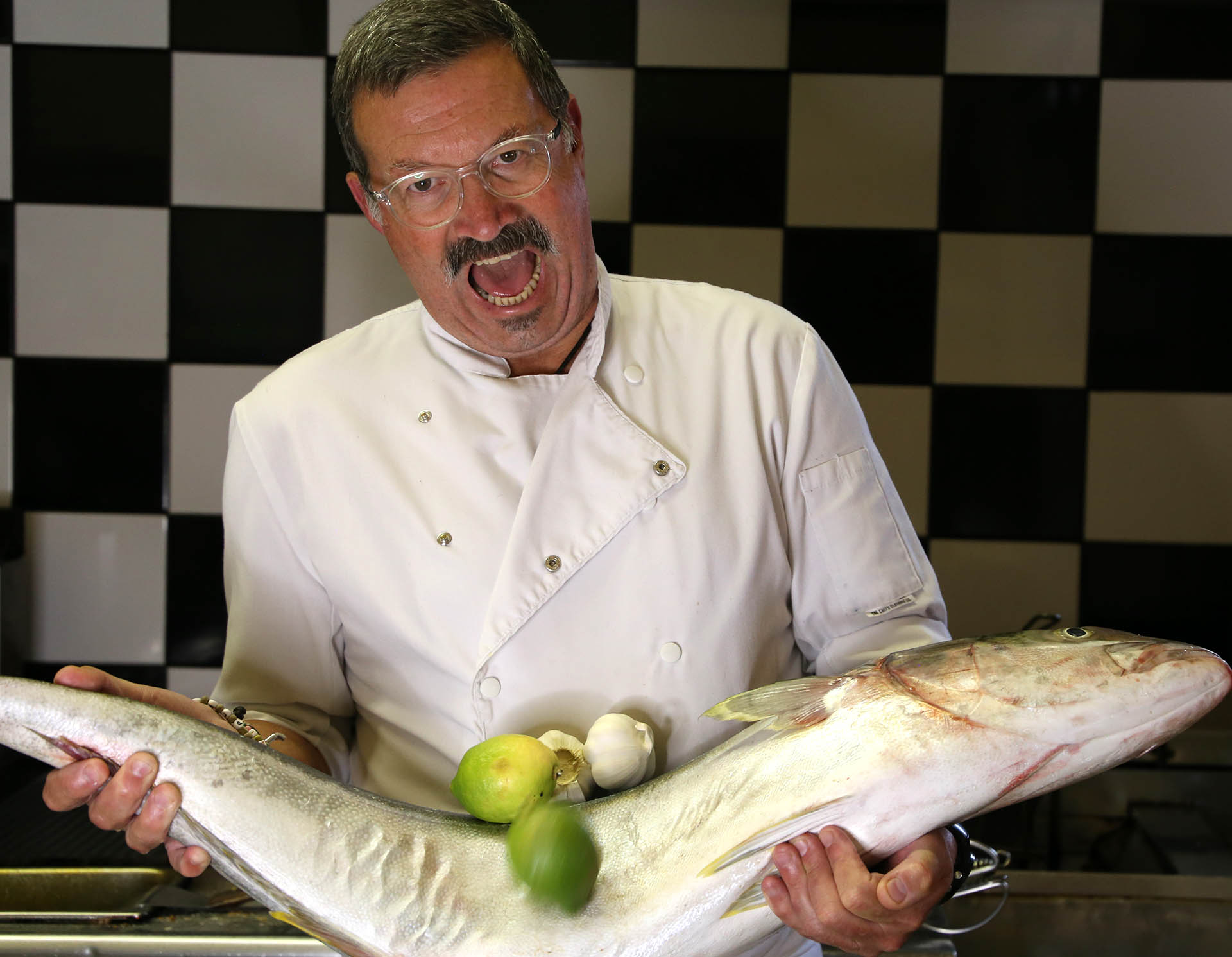 After 9 years as a manager in Johannesburg with an established restaurant group, I felt the need to fulfil the lifelong dream of owning and running my own restaurant. And so, with the start-up help of an old school friend, I began the nationwide search for a suitable venue, which took me through Johannesburg, on to Pretoria, Nelspruit, somewhere in the Free State and Umhlanga. In total despair, I headed to the very last place in South Africa I thought I would sink my roots . . . Cape Town.

After 3 agent consultations and several restaurant visits, with no prospects to show, my tail between my legs, and a foot on the return flight to Jo’burg, I discovered that Riivo’s, at No. 10B Kloofnek Road was for sale. That was November 1995. By December of the same year I had relocated. On 1 February 1996, with Jane at my side, Miller’s Thumb was born. 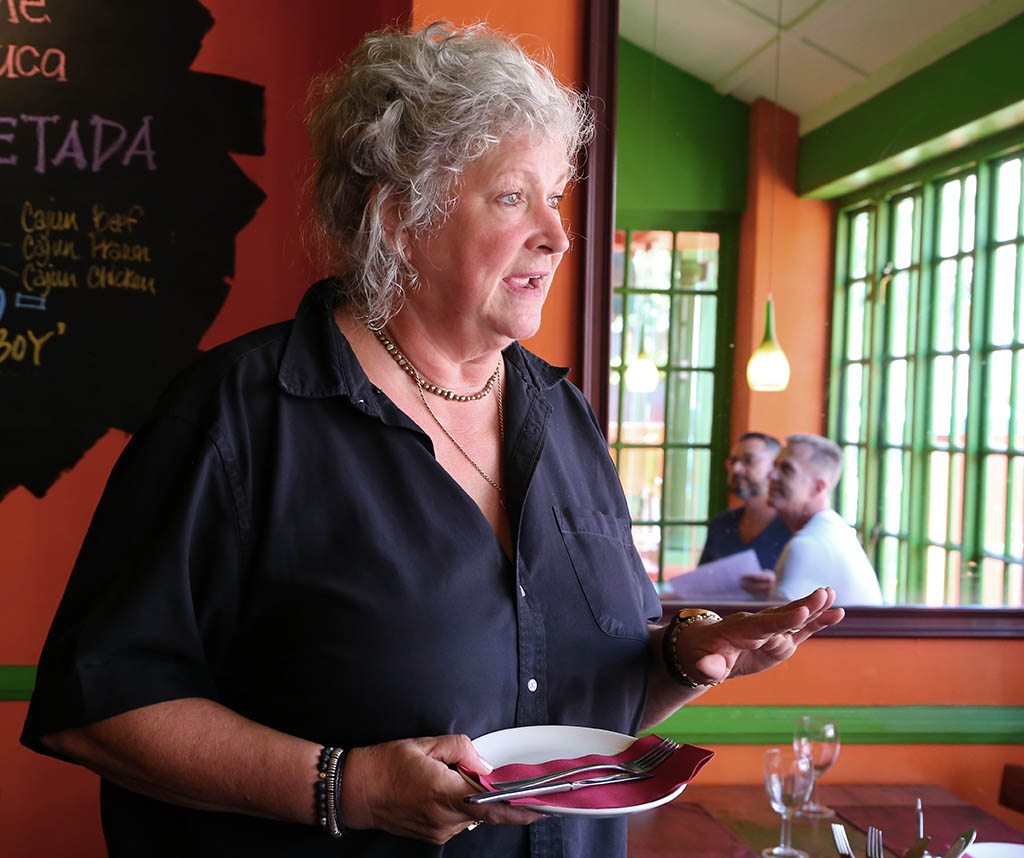 Jane is the glue that holds the hectic kitchen and relaxed dining room together, ably supported by her team of waiters, some of whom have worked at Miller’s for over a decade.

Miller’s Thumb is very much a family, and you will sense that the moment you sit down and listen to Jane telling you about all the freshly prepared dishes. It’s a relaxed atmosphere filled with quirky light-hearted decor!

Bearing up under the strain of Solly’s hectic kitchen are Ephram, Kae Kae and Immanuel. Meanwhile, Zoliswa attends to clean-up and wash-up, whilst Lucky is our affable and versatile waiter / barman / barista.

It takes a certain dedication to produce consistently excellent quality food every day, and the team ensure that you are never disappointed. 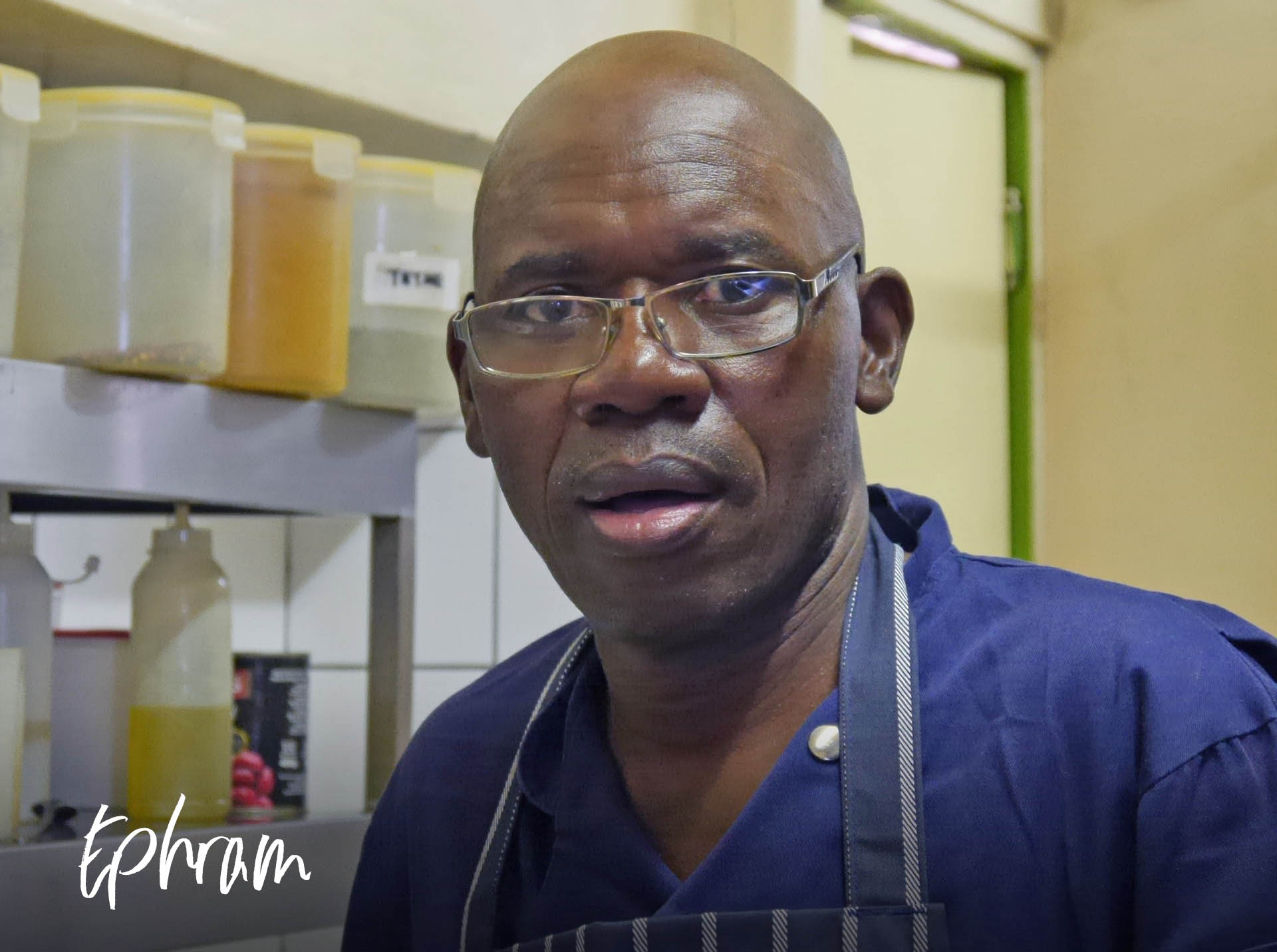 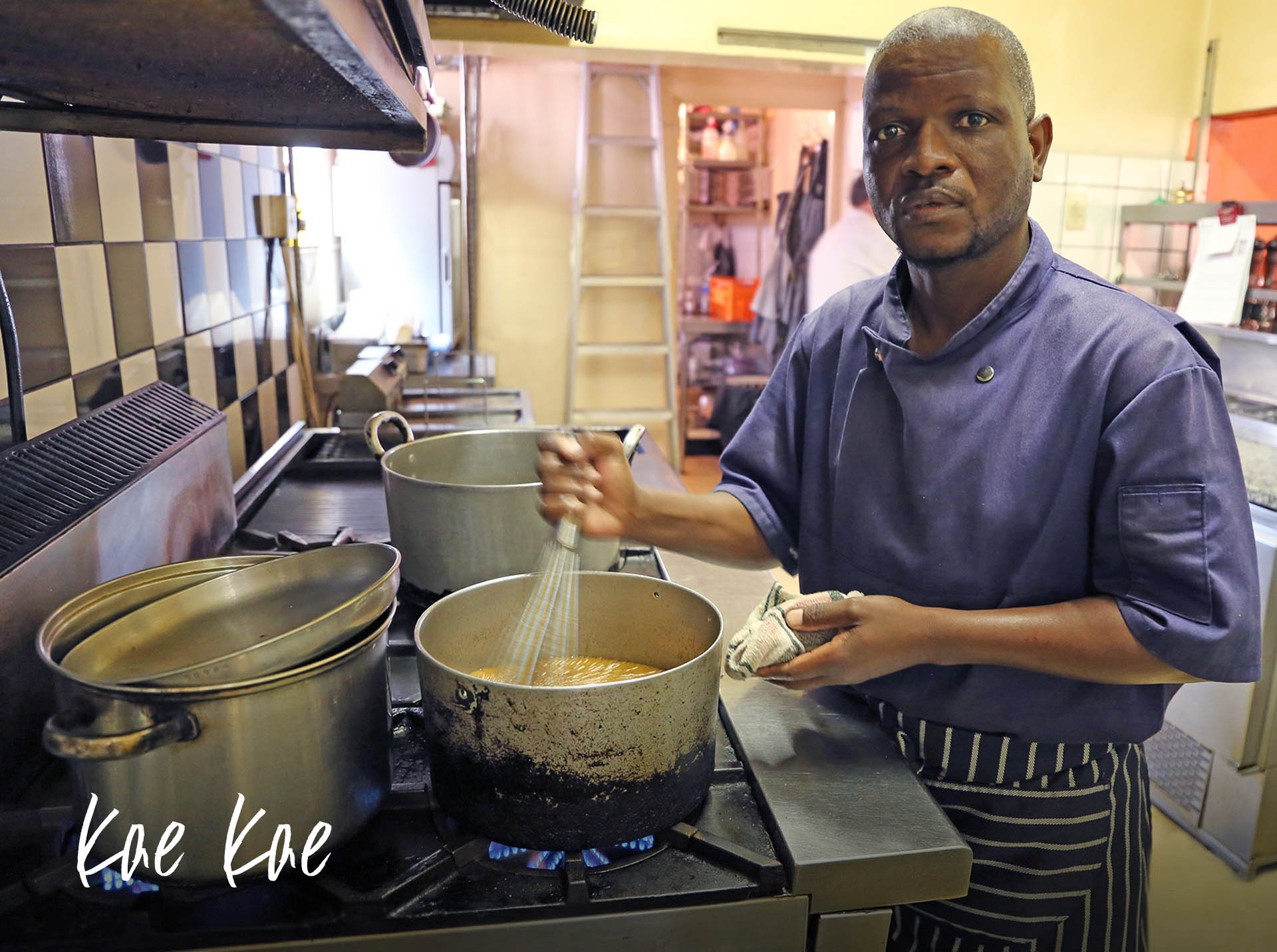 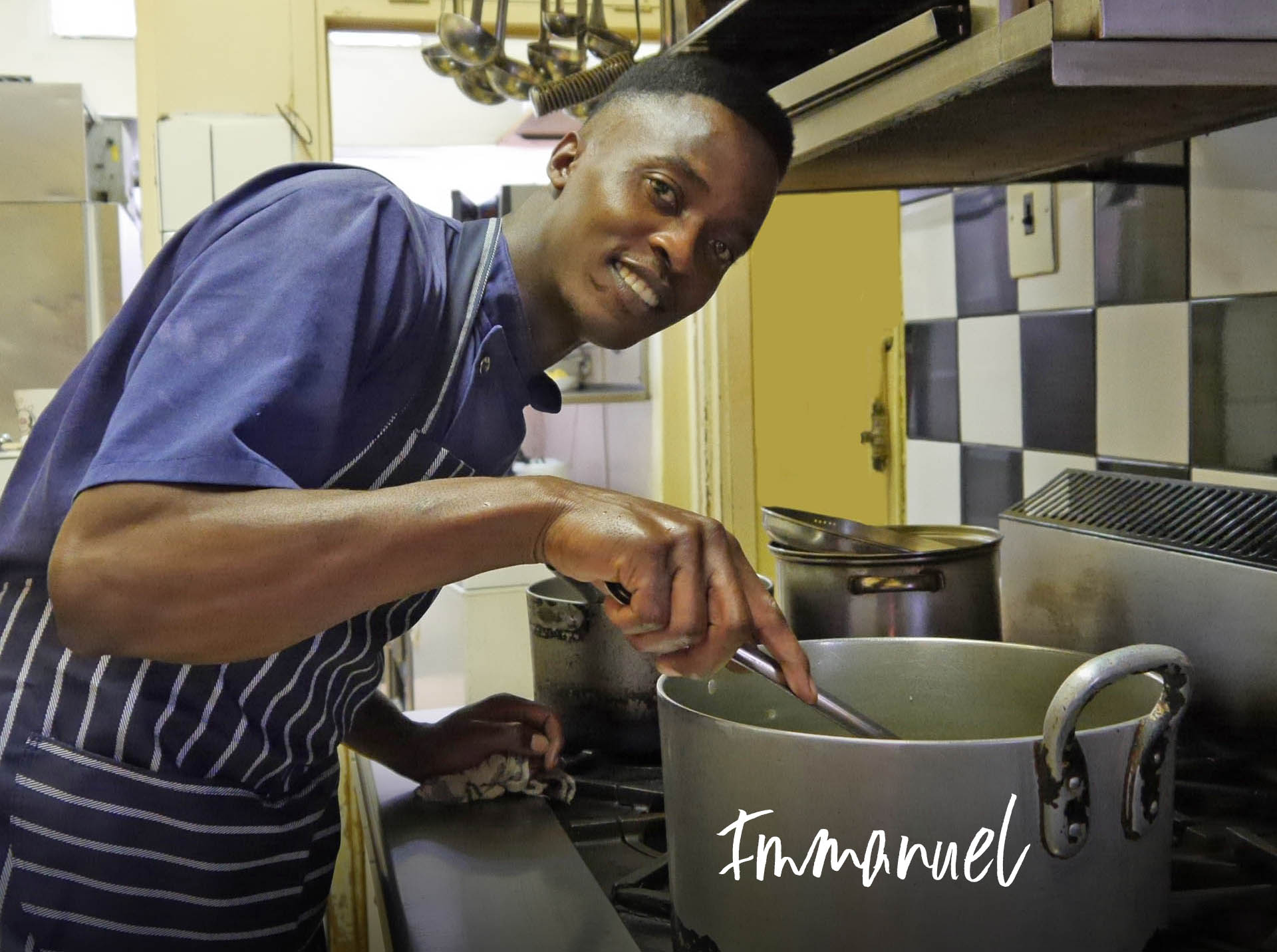 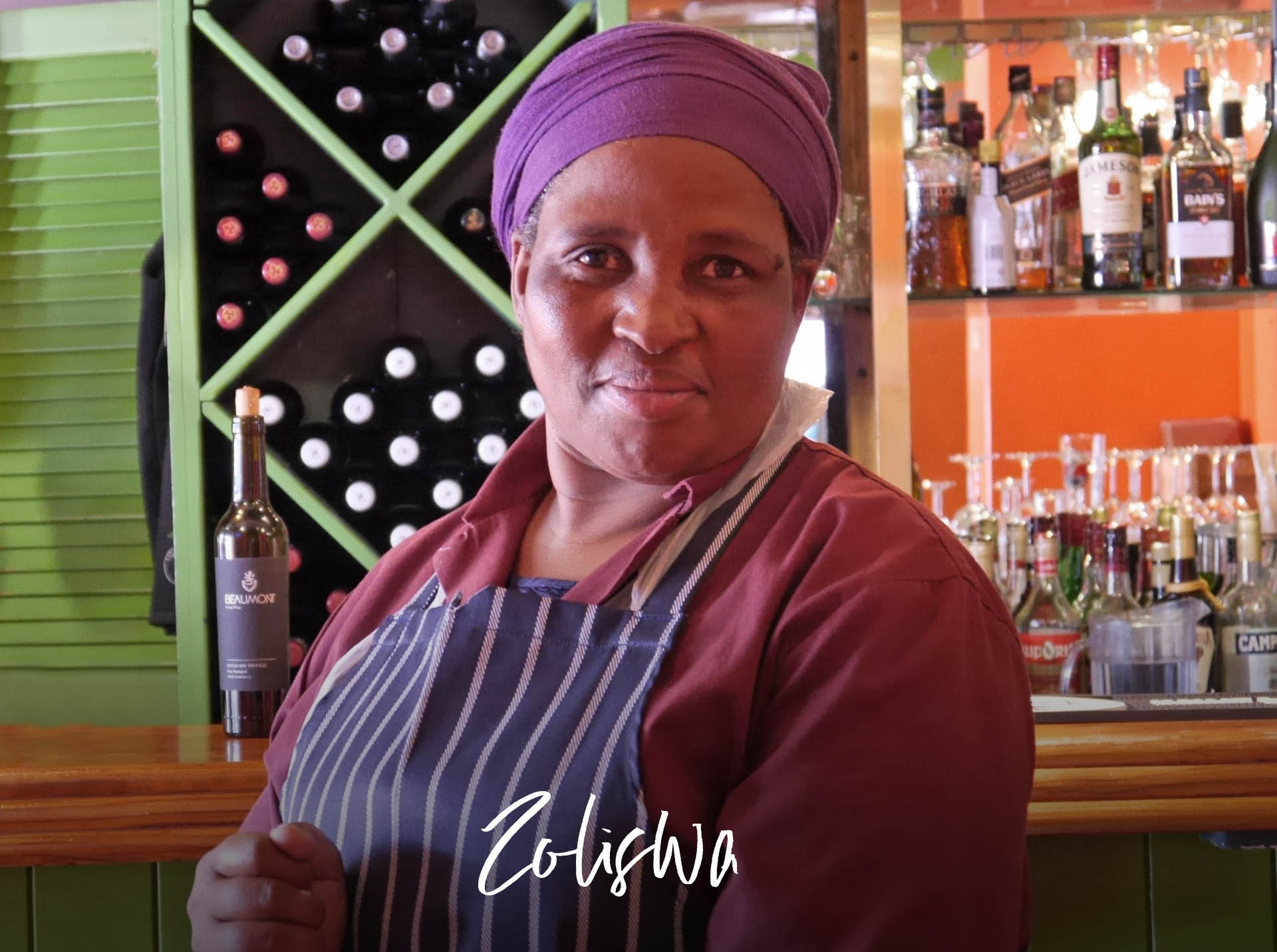 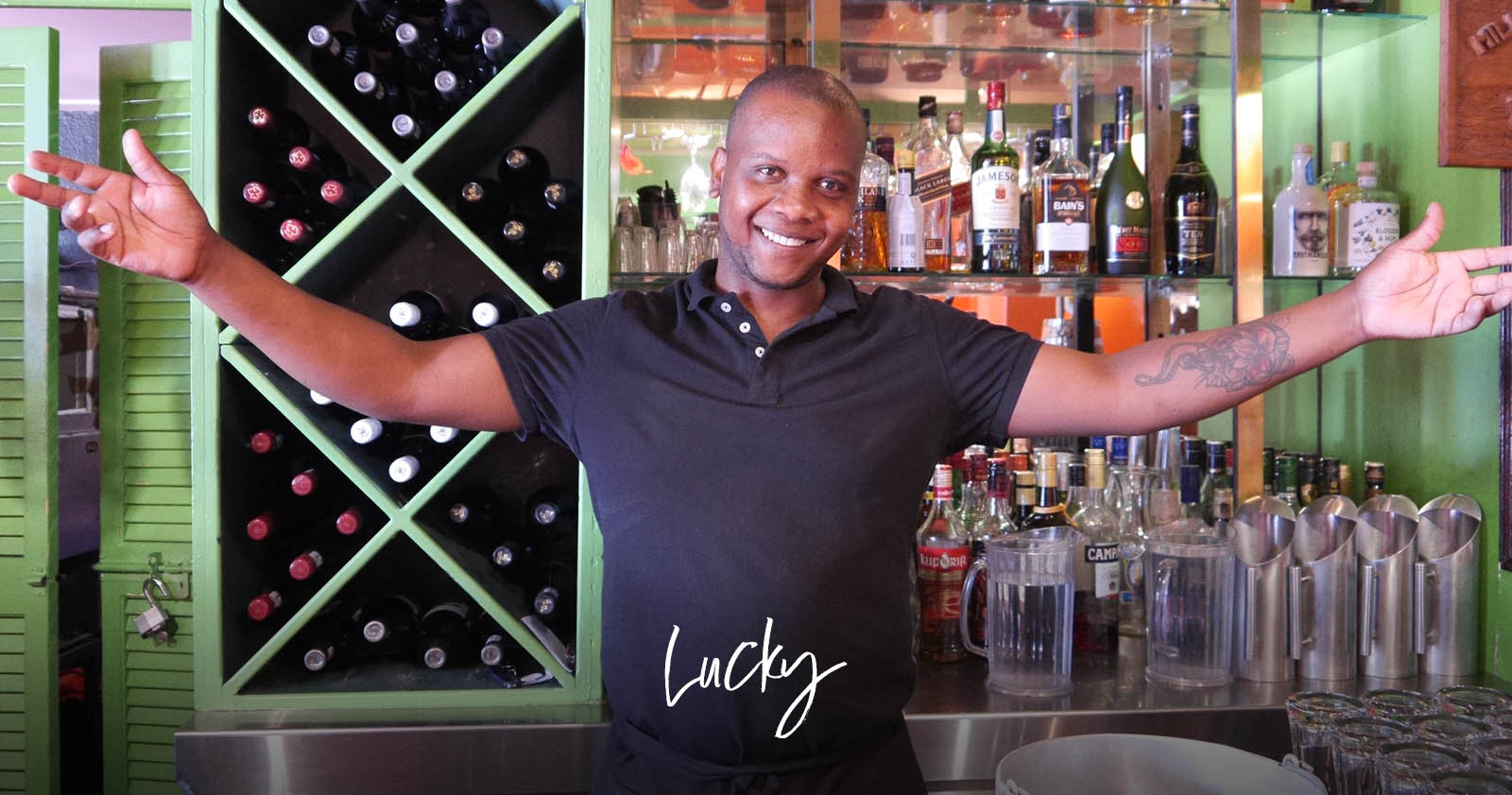